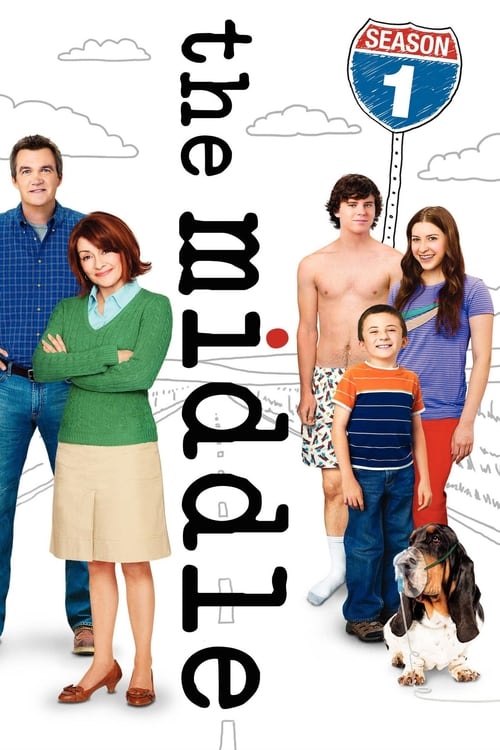 The first season of the television comedy series The Middle aired between September 30, 2009 and May 19, 2010, on ABC in the United States. It was produced by Blackie and Blondie Productions and Warner Bros. Television with series creators DeAnn Heline and Eileen Heisler as executive producers. The show features Frances "Frankie" Heck, a working-class, Midwestern woman married to Mike Heck who resides in the small fictional town of Orson, Indiana. They are the parents of three children, Axl, Sue, and Brick. After airing only 2 episodes, ABC gave the show a full season pickup. It was then renewed for a second season on January 12, 2010. The first episode premiered to 8.707 million viewers, a 5.4/9 household rating and a 2.6/8 adults 18-49 rating. It beat out the CBS sitcom, Gary Unmarried, and the NBC drama, Mercy, both of which aired in the same timeslot.